Now the DIY tutorial for you guys! I think everybody knows how to do a shredded shorts, but for those who don’t I’ll post this again! The others just skip this step. What do you need:
– a short/trousers
– a cutter
– a scissor
– a shaver
– a seam cutter
– needle and thread
– some studs So cut of the legs with the scissor and cut some wholes with the cutter. For the „used-look“ you’ll need the seam cutter. Rip of the threads, so you get a „frayed effect„. Don’t forget the back and the ends of the shorts. You can also rip off the threads with your fingers to get the frayed effect. Don’t forget the back and also the side of the shorts! Shave some places with the shaver to get an used-look. You can also use some sandpaper to get this effect. Now the studded pocket part, cut the half part of the pocket off. You’ll also need a 1cm border for the fringes/freyed border afterwards. Now frey the border and the cut off pocket to get the same freyed effect. Now sew the end of the pocket to the other end, to fix it. Now put on the studs and your almost done! It should look like this: In addition, if you want to cover the studded part inside, take the rest of your jeans and cut as big as the studded area to cover it and fix it with the thread. Done! Here some close ups to the shorts! Hope it’s easy to understand and have fun by do it yourself, I’m happy about comments, advices and of course pictures of your DIY Alexander Wang shredded and Jack&Jil studded shorts! Love, Alice. 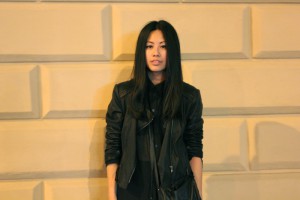 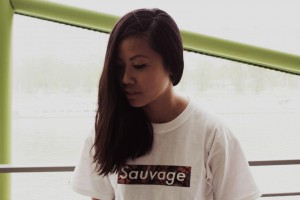 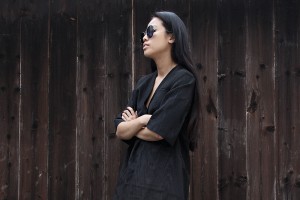 How to wear: Leather Loafers

This website uses cookies to improve your experience while you navigate through the website. Out of these, the cookies that are categorized as necessary are stored on your browser as they are essential for the working of basic functionalities of the website. We also use third-party cookies that help us analyze and understand how you use this website. These cookies will be stored in your browser only with your consent. You also have the option to opt-out of these cookies. But opting out of some of these cookies may affect your browsing experience.
Notwendig immer aktiv

Any cookies that may not be particularly necessary for the website to function and is used specifically to collect user personal data via analytics, ads, other embedded contents are termed as non-necessary cookies. It is mandatory to procure user consent prior to running these cookies on your website.